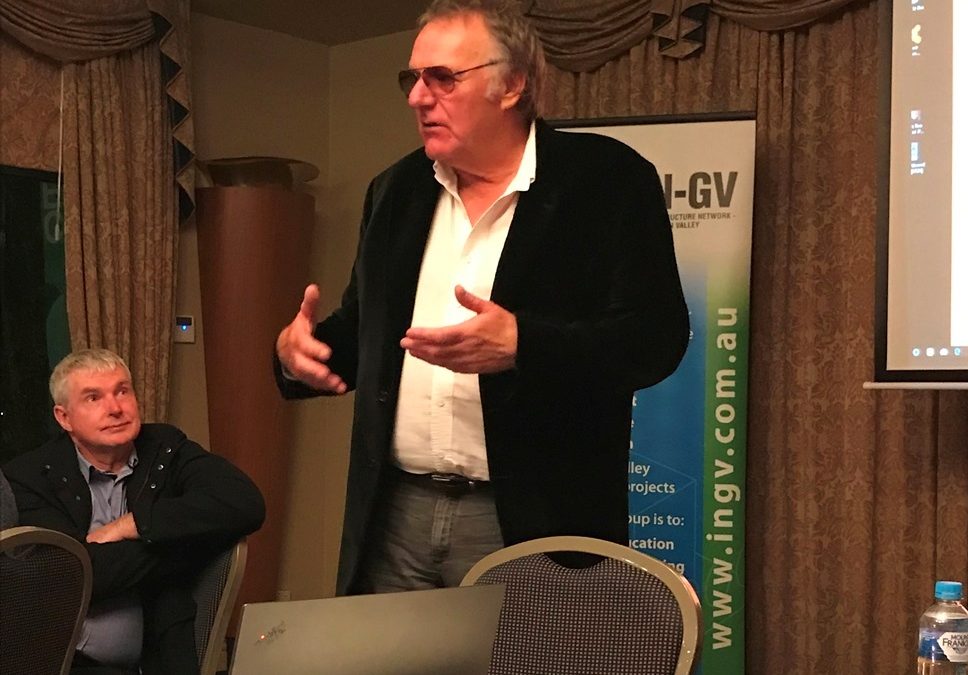 The AGM celebrated another successful year for the group, with a range of events catering for the diversity of the members being well attended.

This year’s event marked a changing of the guard, with inaugural President Lloyd Payne stepping down.  Lloyd was responsible for setting up IN‑GV and organising the legal entity and sponsorship agreements to allow the committee to function as it does.  He has a great network around the Goulburn Valley and as a result, has been able to maintain the group and committee as we know it to date.  Incoming President Ben Ross thanked Lloyd for his contribution and continued efforts as President since 2015 and will strive to continue the great work Lloyd has performed to date with the new committee.  Fortunately, Lloyd has only stepped down from President and remains on the 2019/20 committee.

A range of seven new faces on the committee include Jo‑Anne Torpey, Ben Gannon, Joseph Borelli, Junzet Tan, Andy Woodcock, Jarrod Bingham and Dave Woodcock, all of who were thanked for nominating.

As usual, the Parklake put on a great venue and food consisting of a range of canapes and drinks to start the night followed by the two course meal.

A change of pace in entertainer style took place this year with music, television, theater, film and radio industries personality Wilbur Wilde performing on the night.  Wilbur, which is his stage name, or also known as Nicholas Aitken, stepped the audience through various times within his career.  His stories were all relatable and had the full attention of the audience touching on his time on Hey Hey It’s Saturday, playing saxophone for band Dire Straits (he gave us a sample on his saxophone that evening), meeting Roy Orbison, being part of the Mad Max movie and life long friends he has made from such industries, to mention a few.

Again it was another successful night for networking, with great representation by our sponsors’ representatives.