The 21st Math Science Awards were held at The Pines Motel and was well attended by 26 people, including the winning students and their families as well as members from INGV.

A big thankyou to our guest speaker on the night, Adam Rando from Spiire who gave students a better understanding of the transition from school into the workplace and the benefits of working in Regional Areas.

The five award winning students were as follows:- 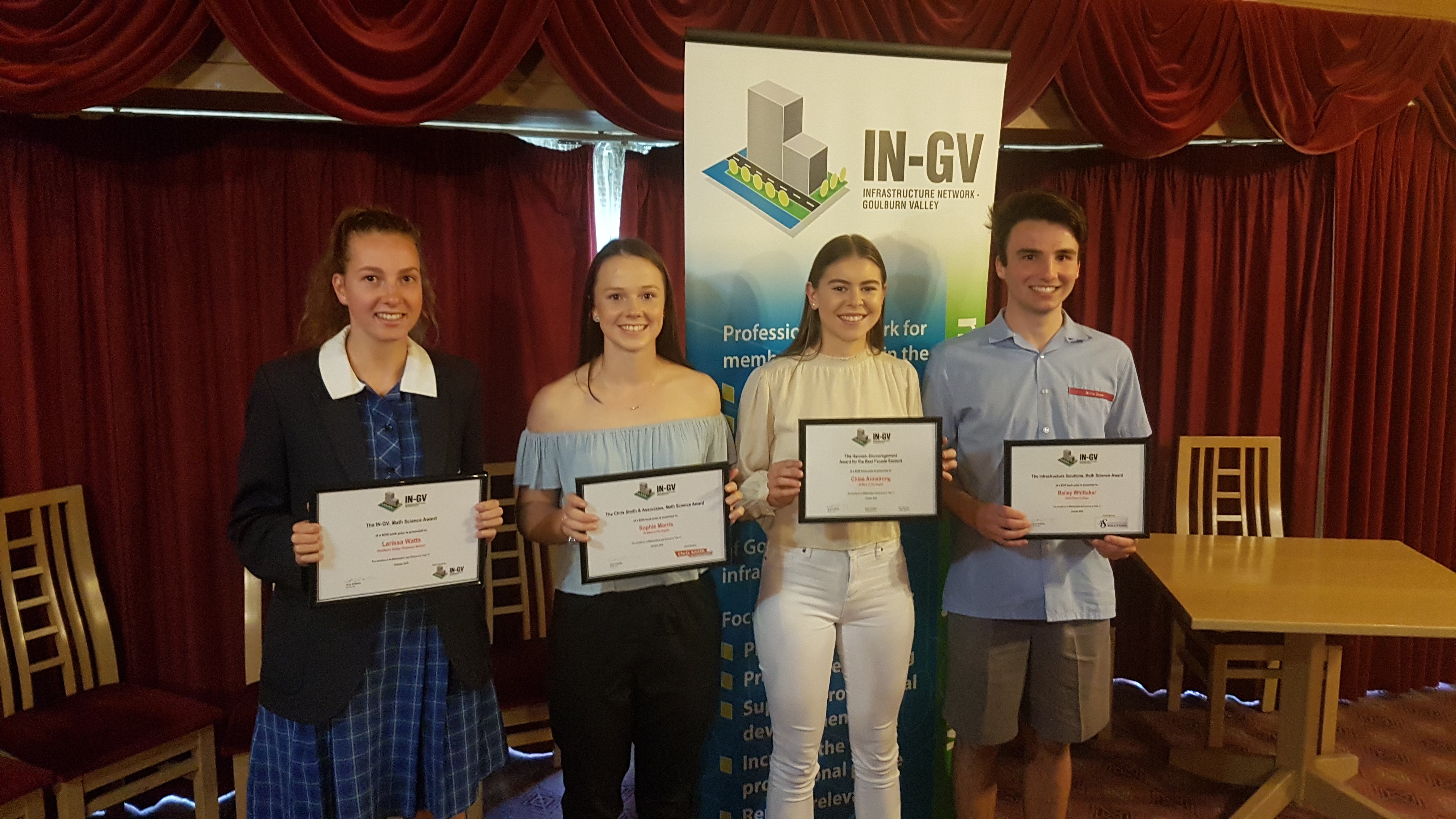